Easton is a name synonymous with quality and performance when it comes to manufacturing amazing baseball bats. Their bat, the Easton 2015 MAKO BBCOR follows along those footsteps. It is a bat that blows the competition out of the water. The 2015 MAKO BBCOR is a behemoth of a bat with an enormous barrel diameter. The bat also features some of Easton's groundbreaking bat technology. The 2015 Easton MAKO BBCOR's scrupulous build and precision design combined with the state of the art technology makes the bat a menace at the mound. 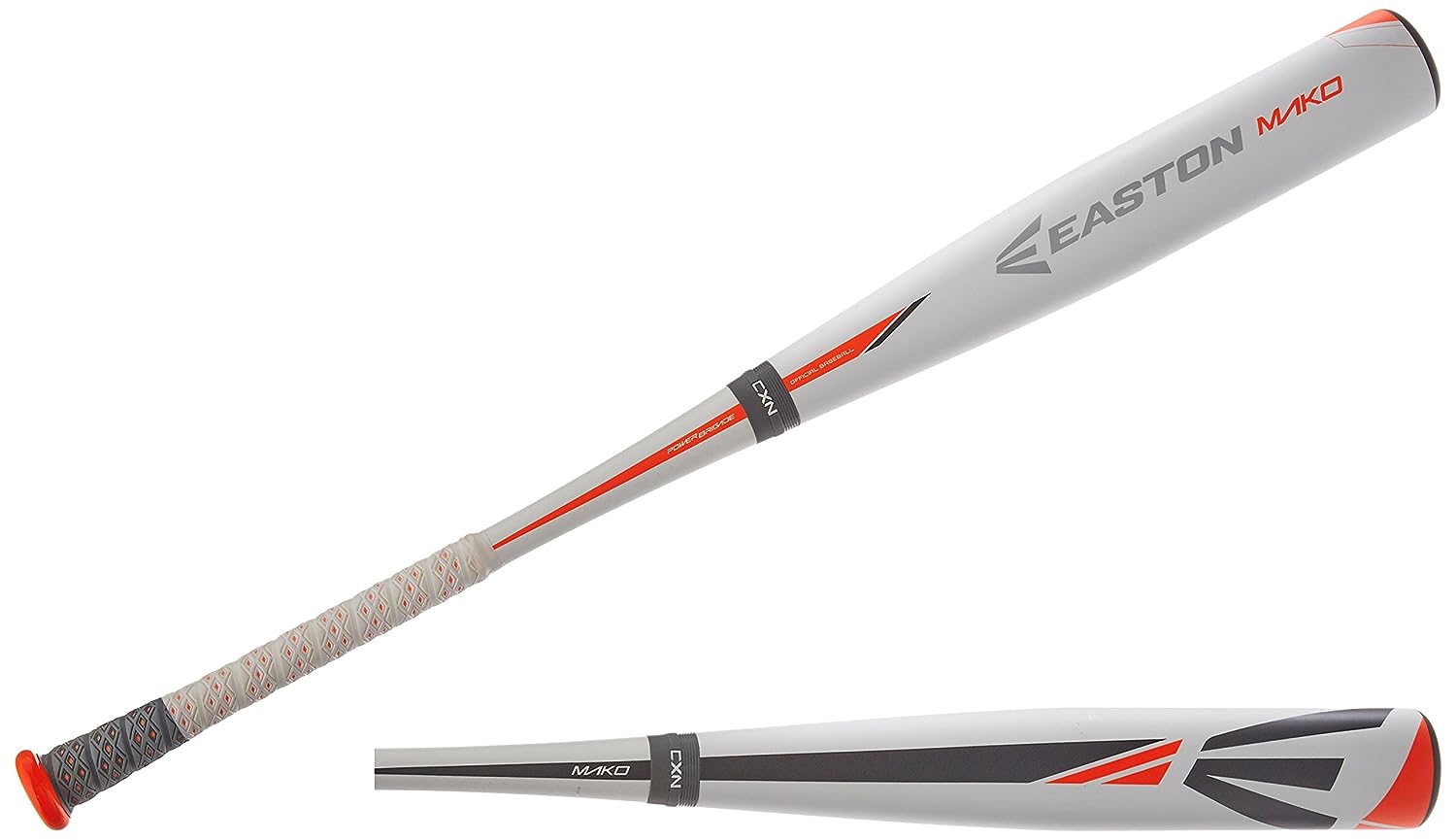 The Easton 2015 MAKO BBCOR bat has BBCOR certification. It is approved for play in all high school and collegiate leagues in the country.

The 2015 Easton MAKO BBCOR is a terrifying bat to pitch to. The bat has a monstrous 2 5/8" barrel diameter with a gigantic sweet spot. The large barrel size increases the contact area on the bat and players will hardly miss a single swing. The bat also has a rigid 2-piece design. Its body is built with 100% composite to give the bat immense power through the barrel.

The 2015 Easton MAKO BBCOR is built with Easton's latest TCT Thermo Composite technology. The bat has a full Thermo Composite structure. This composite build gives the bat great force in its swings and also makes it light. Players can unleash powerful swings at incredible bat speeds. The TCT technology also enlarges the size of the sweet spot making the bat an even greater threat.

Another impressive feature on the 2015 Easton MAKO BBCOR is the CXN ConneXion technology. Easton's patented CXN technology joins the bat barrel and handle in a rigid and stiff link that gives the bat more durability. The CXN technology is great at eliminating unwanted impact vibrations and optimizes energy transfer from the swing into the barrel. This raises the forward momentum of the swing and shoots the ball higher and farther.

The Easton 2015 MAKO BBCOR has been engineered meticulously by the company. Despite having a large barrel diameter, the bat has been constructed with an extremely low M.O.I. This makes the bat's swing balanced through the center and prevents instability after fast swings. Not being end-loaded, the bat is also suitable for lighter players.

The Easton 2015 MAKO BBCOR has a full composite build and needs to be broken in. To preserve the durability of the bat use it along with a bat sleeve and only orthodox leather balls. Avoid using the bat in a batting cage.

1. Does the bat have a warranty?

A. Yes. The bat comes with a one-year warranty

2. Is the bat made of composite or alloy?

3. Is the bat USSSA certified?

A. No. The bat is BBCOR certified and suitable for use in high-school and collegiate leagues

4. Does the bat need to be broken in?

A. Yes. The bat needs to be broken in

The Easton 2015 MAKO BBCOR is an exceptional bat for BBCOR play. It has a fantastic and well-engineered build, which combines a balanced swing weight with a gigantic sweet spot. The insane bat speed is also a potent weapon. The installation of Easton's latest bat technology on the MAKO BBCOR also enhances its reputation. The bat makes an excellent choice for almost all players.